The Liberal government clearly wants to kill the SNC Lavalin affair. It has tabled a new budget with plenty of bright shiny promises to which media and voters may turn their attention. The Liberal-dominated parliamentary justice committee has abandoned all further investigation of the SNC affair.

Now along comes some help from Conrad Black to say that SNC is a “sideshow” to the real JWR issue. Mr. Black brings up the questionable qualifications of Jody Wilson-Raybould (JWR) for the minister of justice position and her “activist” actions as minister of justice relative to advancing the privilege of aboriginals in Canada.

While I don’t disagree with that assessment it doesn’t serve to do much in the context of SNC except distract members of our society from the fundamental issue of placing any other concern above justice. It is not the merit of the SNC prosecution itself or the qualifications of JWR that are at issue. Justice is at issue. The pursuit of justice is at issue. 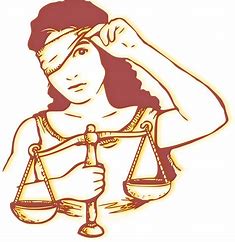 It doesn’t matter whether or not 9000 jobs were at stake as the Liberal government’s key representatives from the prime minister’s office averred. It doesn’t matter that the CEO Neil Bruce of SNC is now saying that they were not at stake. And it doesn’t matter if Conrad Black thinks JWR’s shenanigans and under-qualification for the job of minister of justice are the main event. They will ultimately prove most likely to be extended examples of injustice.

Nothing is subordinated to justice. Placing any other concern above justice is to defraud the moral in favor of the immoral, with the only profit going to the latter.

If you think as I do that the government and big business collusion that takes place every day and as exemplified by SNC is immoral then nothing should stand in the way of working to end that corrupt alliance. The light needs to continue shining on this point.

The self-destructive willingness of Canadians generally to passively tolerate the tribalism that is a consequence of official multiculturalism is a far more complex matter requiring much more analysis, which I will be pleased to contribute toward in future.

However, no other concerns should be used to paper over the injustices that are now a feature of the Canadian parliamentary system.

One thought on “SNC: The Gift That Tries to Keep on Giving”