While the SNC Lavalin (SNC) affair isn’t at the level of chaos in the streets or riots on college campuses in the hippie era, there are some fundamental similarities to be drawn. There is a real clash between the established political authority and the rest who are not so well-connected, the ruck of society. Canadians want to know what’s going on. Things “. . . ain’t exactly clear”.

Throughout the SNC scandal the political elite, mainly the Prime Minister, have been insisting that all pressures brought to bear on Jody Wilson-Raybould were well-intentioned efforts in the “public interest,” most notoriously a concern over “9000 jobs” at SNC.

I reiterate that the fundamental issue remains political interference with the pursuit of justice.

However, the twisted rationalization over “9000 jobs” is worthy of some examination, as long as the fundamental is not forgotten. These rationalizations reveal the extent to which political manipulations are being used to distract anyone paying attention to or looking for the truth.

Truly, there is no vast conspiracy to direct attention away from SNC and to focus on getting the Liberal government re-elected but some could be forgiven for thinking there might just be such a scheme afoot.

Consider the undeniably well-connected Neil Bruce, CEO of SNC and his various statements of late. On March 20 it was reported by CBC that there never was any concern over the “9000 jobs” and that this was never a reason for granting a remediation agreement to SNC in lieu of criminal prosecution.

That would appear to have contradicted what the Prime Minister and his henchmen have been saying. So, on March 25 Global News reported that SNC now says its CEO never threatened the government but did in fact communicate that a remediation agreement was the best way to protect “9000 jobs” across the company’s Canadian operations.

What? SNC said what? Let’s cut the “BS” for a moment. SNC Lavalin is a corporate entity, an abstraction, an artificial person. Individuals do things and say things. Individuals choose to do the rational thing or commit crimes like bribing government officials for political favors and economic privileges. After all, isn’t that how SNC and ultimately the government of Canada developed this scandal in the first place? 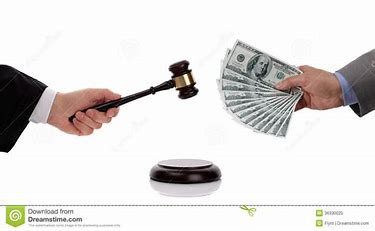 If such existential facts were properly understood and respected by contemporary governments the SNC scandal may never have arisen in the first place. Prosecution of an individual for criminal action would have a negligible impact on the remaining “8999 jobs” at SNC. Nor would the convoluted, non-objective Criminal Code need to be framed in terms of how a corporate entity must conduct itself when doing business with corrupt government officials, foreign or domestic.

One thought on “SNC Lavalin Said What?”